Voluntary Imprisonment: Why I Joined The Ex-Gay Movement 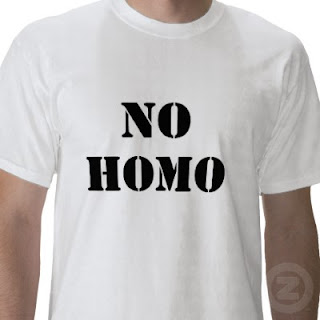 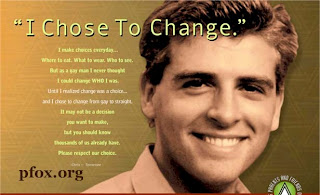 Eventually I was lead to a support group of folks that I later joined, and went on retreats, as well as the Exodus International Conference, three years in a row.
For me, the teachings of these places made sense at the time.   They fit with my interpretation of the bible.    They were able to connect the dots, they were able to dig, dig, dig in my life and show me how x,y,z contributed to the homosexual disease that I was being experience.  I was for the first time, facing a past I had locked away, one that involved a lot of pain and abuse.   I was admitting things to these people that I had never told a single soul.   This is very hard to write, but I did experience a lot of abuse growing up.  All kinds, I experienced it.    For the first time I was telling people about these things, and moreso, this terrible gay secret, this secret that had kept me for so many years, I was telling people face to face these things, and being completely accepted for it.    My peers were wonderful, and the leadership, well-intentioned and compassionate (but from what I know in the ex-gay world, that was VERY rare, and I got extremely lucky on the one hand, I have heard horror stories).
Ex-gay ministries are expert marketers: they know how to appeal to men by showing photos of models, hot masculine guys embraced in hugs, and rarely but sometimes, and I remember this one fringe site, featuring shirtless hot men,  or in bathing suits, happy and newly-heterosexual, all to sell poison to hungry youth, and I was among the hungriest.  I was hungry for truth and understanding, and I was hungry for peace.   And let me tell you, that poison is expensive: over $5000.00 in conference fees, airline tickets, hotel stays and all I have to show for it, is a lousy t-shirt, and a few emotional scars which even more money has been spent trying to undo.   Actually, I also have to show for it, some of my best friends in life.   People who I want by my side holding my hand when I breath my last.
But what happened at these ministries is another story for another time.   But I want to tell my gay and lesbian brothers and sisters,  there are legitimate reasons why folks will find themselves in programs like this.   It is not as easy an answer as "those uptight conservatives are self-hating queers"   Many of us were just searching for the truth.   And truth seekers will fight to the ends of the earth to discover what is real and just.   It's just that sometimes, we ended up looking in the wrong places… very wrong places.