Many years later, in his autobiography in 1929, Mohandas Gandhi wrote : "Hate the sin and not the sinner is a precept which, though easy enough to understand, is rarely practiced, and that is why the poison of hatred spreads in the world." In regards to our command to love each other despite the evil things that we do to each other.   It was a statement made in regards to the violence he witnessed against his own people, and despite this violence, he stands against the deeds themselves but intends on loving his enemies, for a reason he explains at another time "An eye for an eye makes the whole world blind."


Years later still, in a supermarket in Portland, a woman notices a young single mother and her baby shopping for some cereal.   The woman imagines the vile, back-arching, moan-inducing positions that lead this young girl to a fate of early motherhood, the kind of lewd acts that the older woman fantasizes about in the privacy of her own bedroom when her husband is away.   After being lost in these fantasies for a brief moment, and in reaction for the fear that the flushness of her face and secretly dripping sexuality is noticed by her fellow Safeway shoppers, scowls at the thought of the young victim, and believes that her 6-month old "punishment", although unfortunate, is quite deserving, but then remembers that while she herself is not partaking in the wild passions of sexual bliss, she is, after all, a better person than the young mother, so she remembers something her pastor said a few Sundays ago: "love the sinner, hate the sin", and with a pat on her own proverbial back, she sighs, smiles to herself, and whimsically turns the corner into the bread aisle. 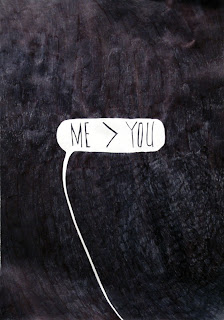 Years later still, a young man tells his parents that he is gay.   The deeply anguished and self-blaming couple, after many hours of arguing, blaming, and wrestling, kick their son out of the house, but agree to give him money every so often, and tell him the reason is, because they "love the sinner, but hate the sin."

Such an overused non-biblical phrase (equally taken out of context as anything else in the scriptures), with the utility of separating oneself from another person who is different.  It is a callous gesture from a self-righteous people, who have somehow incorporated the call for true love for an enemy despite their malice, in order to preserve the peace and end the cycle of hatred, into a modus operandum that stratifies and slices the society into the deserving and undeserving, the acceptable and the intolerable.    It has become a phrase that is infused with an undertone, that not only brands the sinner a sinner, but by virtue of using the phrase, separates the speaker from the sin they will tolerate the sinner in spite of.

If you are gay, and you have Christian family or friends, you have heard this quote!  It has been spoken about you, it has been spoken to you.  Every time you hear it, becomes more painful than the last, but somehow loses its potency.  Show of hands, how many of you felt the warmth and passionate love delivered by this phrase, the kind of warmth and passion when a loved one holds you and says "I love you, always and forever."  It doesn't quite have the same mojo, does it?   Another show of hands, does anyone know what "love the sinner, hate the sin" love looks like? 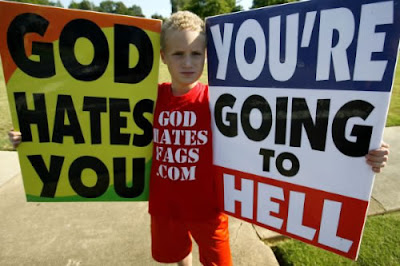 and this: An example of loving the sinner and hating the sin 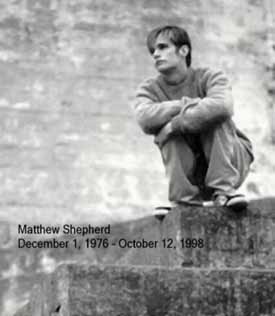 What is the sin of homosexuality that is hated?  Why is homosexuality compared to murder and theft?  Why is it that, when a more open-minded person repeats how God loves us, and our sin is just like murder and stealing, and they have mistakes too, so we're all people with mistakes, it somehow just does not sit right.     I heard one say once, and it makes so much sense, that sexuality is part of the body.  It's part of the mind and psyche.  Sexuality is not just the state of being physically attracted, but it ties in, inseparably with the desire for love, and the need for companionship.   Such desires and needs are celebrated by society when they are fulfilled, just look at how much money you spent at weddings last year. There is a whole industry that the godly and godless alike partake in, in order to celebrate these aspects of being human.   But when someone reminds us that they see our sexuality as equal to their taste for gossip, either as a petty crime, or a grave abomination, it cuts into our bodies, and our minds.  It is comparing that which is life-giving to us, to what is petty, or harmful to others.   Such a phrase is an attack on the body, on the person, on their mind and heart.  It is a form of great disrespect, a psychological "bitch-slap", if you will.

I have received many such comments and emails from people, and I shudder every single time.   I wanted to know if I was the only one, so asked some people out in the social web, how this phrase hits them, and I got some great answers, I had to share some of the quotes:

"Anyone I have EVER heard make that statement doesn't love "the sinner". I've seen and experienced really evil stuff having been done to people by those who have said those very words. Enough that I believe they are a farce."

"Those of us on the receiving end of this philosophy rarely experience the love, but we certainly reap the hate."

"For me, it comes across as shallow and self-righteous. It's supposed to sound benevolent, but has a arrogant ring to it. I think it should be, "Love the sinner and hate your OWN sin".

"The only way I can explain it is to explain how being in a gay relationship is so very different in so many ways, from other things that are called "sin." In the conversation, their defense always ends up being, "Well, then we'd have to say we don't hate child molestation, rape, or murder." It reveals a broken moral compass------unable to tell the difference between a harmful act and a harmless one. It makes me want to report them to child services."

"It smacks of the "I'm OK but you're not," attitude...And it shows a lack of unconditional love."

"It is, and has always been a "not so subtle", statement of smug moral superiority."

We have gotten many comments recently, saying how while they don't think homosexuality is wrong, it's OK to be gay, just don't associate the word Coptic or Christian with it.    I won't even get into this, but for a moment consider the statement.

I know the phrase this article is about, will be told to me time and time again, and with each time I tire more and more of hearing it.   But until people can be humbled enough to know that they may not have all the answers and they can see themselves as equals, even with us gay people, this dividing line will continue to be placed.   To go back to the original meaning of the quote, before it became bastardized by the masses, that while there are atrocities, judgements, and pain being inflicted, that we stand strong and do not repay an eye for an eye.   That we can separate this immature and fearful thinking from the scared and unsure human being behind it.  That we don't lose the sense of humanity in those who want to strip our dignity.

If you are one of those people who uses this phrase, think again before using it again.  Find another way of saying that you love your brother or sister. You don't have to remind us that you are against homosexuality, we already know.  But if you love, then just love.  End of story.

Even if His Grace Bishop Youssef tells you otherwise.

And to those who are being put down, remember this:


"See to it that no one takes you captive by nphilosophy and oempty deceit, according to phuman tradition, according to the qelemental spirits1 of the world, and not according to Christ. 9 For rin him the whole fullness of deity dwells sbodily, 10 and tyou have been filled in him, who is uthe head of all rule and authority. "  - Colossians 2:8-11 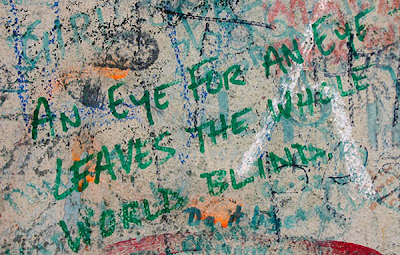