Just (Don't) Do It: An Epilogue To Transgender Saints 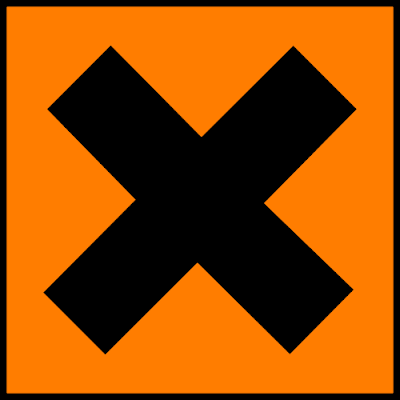 One of the many comments on my original thread entitled "Transgender Saints", read as follows:

Now when looking at any commandment we must see why God would want us to refrain from cross-dressing. It is because cross-dressing shows a sort of contempt for being the gender God made you, and a desire to be the other gender and/or a rebellious nature, all of which are not Christian.


I think this is the point I'm actually trying to make. While gender identity is a lot more complex than we often take for granted, there is something to be said for this notion that showing contempt for who you were created or born to be by acting differently might not be good for the soul. Notice the passage in Deuteronomy does not say "Do not show contempt for the gender God made you." It simply says "A woman must not wear a man's clothing..." and continues on "...for the Lord your God detests anyone who does this."

When the church canonized these saints, I'm sure the church must have asked herself, "what did God mean by this verse in the Pentateuch? Is this an all-encompassing statement? Is there a context in which a person wearing the clothing of the opposite gender is ok?" Maybe not in those exact words, but you get my drift. The church herself deemed the motivations of these women, not only permissible, but admirable, and holy, and from the fruits of the lives of these women, I dare say, so did God.

The same question needs to be asked in regards to Homosexuality. Is the Bible truly making a blanket statement?  What did homosexual contact and behavior represent at the time? You might brush these questions off as "liberal" or "agenda-oriented", but you'd be doing yourself a tremendous disservice. Why do we respond to some verses with conversation and inquiry, and others as ipso facto commands? The answer is easy.  We're self centered.

For people who apparently do not have to deal with same sex attraction, there is no need to look deeper into these verses. For a church that is afraid of the "Culture Wars" as someone had put it, a hard line is necessary for the assumed preservation of the whole, even at the expense of a divergent few. But when it comes to a person who is actually experiencing these feelings, understanding the truth behind these passages becomes ever so important, because the resulting understanding will completely drive not only the course, but the well-being of this person's life and relationships. A person who loves himself will be able to love others and love God. Not so much for the self-hating man or woman.

To dismiss the importance of these questions is to spit in the face of these people whose very lives are affected. Understanding if we are truly required to give up all forms of same-sex romantic and intimate love, can mean the difference between being a healthy and a very broken person. It is not just a matter of "not doing it." There are plenty of people out there who simply just "don't do it" who fall victim to a whole host of psychological and behavioral issues that do not affect just themselves. Are "crowns in heaven" the reward for the whole host of sins they commit as a result of the one "sin" they managed to avoid? Don't ask me, ask the wives who are emotionally and physically neglected by these husbands. Just ask the youth who have become either emotional or sexual prey to over-controlling and manipulative church leaders or mentors. (Ever meet someone of the same gender who was just a little creepy? Who took too much of an interest in you and while it was nice at first, ended up controlling and suffocating you? Yeah, that's what I'm talking about). Ok let's ask other people. Just ask the young man who has a messy and complicated relationship with his best friend. And while you're at it, ask the parents of dead gay and lesbian children, who have lost the loves of their lives because their children could not handle it anymore.

While people both gay and straight choose to live celibate lives for a variety of reasons, how one approaches and arrives at this conclusion will make the difference whether or not this person will be healthy or are actually harming themselves. You don't need to look past your very life to see the difference between heaven and hell. If simply "not doing it" is a virtue, then how do you explain all the rotten fruit in these forests of obedience?

So while the church might very well always believe that homosexual activity is wrong, how they communicate this message, how they will deal with their own children who disagree, and how they deal with their own congregations will make the difference in whether or not the church is able to continue being a light in this world to all people. It is obvious that the church does have a long ways to go before it can get to this place, but the question is, will she do her homework, or will she even bother? Based on the resources available, it's still "not a Coptic issue."