What Is A Homosexual?

November 06, 2010
In the church, you'll hear every so often an opinion about homosexuals.   "Homosexuality...", "Gay people...",  "I think so and so is gay.... ", "This is why gays should not be able to (fill in blank)"....   People use the word homosexual, and with it comes a lot of assumptions about the people behind the word.  So I want to ask my fellow parishoners and our esteemed clergy a question:

Is he the only exception to your love and respect?

Is he the only exception... period? 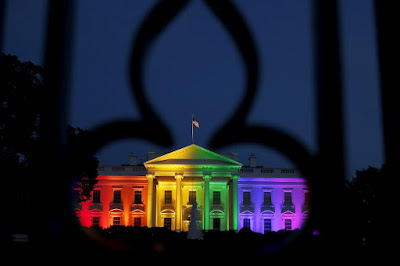 Of course it would take something like the United States legalizing same sex marriage to get me out of hibernation and posting again.  It's the perfect climate to make a statement, right?   But unlike  many brands that have adorned rainbow colors to sell more toilet paper and magazine subscriptions, I have nothing to sell, except good old-fashioned conversation!   I wanna write to the LGBT community, and I wanna write to the Christians, especially the Copts.

Let me start out by saying, I am absolutely thrilled that we've arrived at this moment in American History.   It really is a no-brainer that the government honor and respect the commitments made by two adults, regardless of their gender.   I even feel silly getting into arguments about it.   We live in a country where its Constitution demands that all citizens get equal protection under the law, and while we can clearly see that this is often times not the case (and I bow my head in the shadow of the slain children of Ame…