These look like two bright young people, on the verge of a successful future, and they were up until a few days ago when because of their immaturity and ignorance, drove a young man to an untimely suicide.   Tyler Clementi, a new student at Rutgers University, 18 years old, decided that his life was no longer worth living after being outed against his will, by his roommate Dharun Ravi and one of Ravi's friends, Molly Wei.    Ravi, after suspecting that Tyler was having an encounter with another man, set up a web cam, pointing to Tyler's bed, and broadcasted video of Tyler having a sexual encounter with another man. 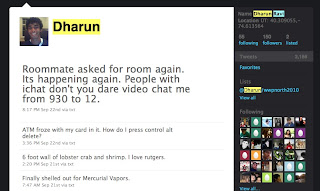 The video went viral, and Ravi bragged about this "amazing" discovery that he made, on twitter.  Back on August 22nd, when he discovered his roommate wasn't straight, found it important to tweet: "Found out my roommate is gay."

What the hell is so fascinating about such news, especially to someone who is known by his peers and family as "open minded and accepting"  No one with an open mind would feel the need to broadcast something like this, unless they themselves were affected by it in some way.

Tyler, is one of four young people who have committed suicide in the last month, due to the difficulties they faced being gay or lesbian.   My stomach is aching me right now, as I sit here and just think that there was no good reason for any of this to have occurred.

Down the hall from us, back in college, there was a guy who would have a girl over every night, and we'd hear them have sex, pretty loudly.  Sometimes we would camp outside the door and just listen and laugh, but, it was no secret he was having sex.   He was very much commended by all the guys on our floor.    Was it just a harmless prank?   Was it just giddy teenage behavior, or did Ravi have a deep seeded bias against Clementi, and wanted to humiliate him for being a sexual human being.   The fact that Clementi's sexuality was a joke to Ravi to begin with, is again, another case of the disdain people feel towards a people who just want to be alive, living, and equal.

Fuck tolerance.   I'll say it again... FUCK tolerance.   Who needs it?  Tolerance is holding one's breath and saying nothing.  Tolerance is has nothing to do with the condition of the heart.   Tolerance is merely permission.  Tolerance has nothing to do with understanding, and it has nothing to do with love.   I am against the idea that we need to tolerate each other.   I want to take it step further: we need to learn to understand and accept each other!  Think about it, what do human beings desire most in this world, outside of their basic needs...  it's LOVE.   And why the hell should I expect anyone to love me, if I cannot accept and understand someone else?  What makes any of us so special that we should merely just tolerate the existence of someone else.  What makes any of us more worthy of love and acceptance than another?   Clementi wasn't even tolerated by his roommate, he was ridiculed by him.

I look back in my life and I will be the first to say, that I have hurt many people.   I have made fun of, and I've pranked and embarrassed many folks in high school and college, for all kinds of reasons.   What I now know, is that I hated myself at the time.   I hated myself, and what better way to cover up ones own self hatred, than to project that hatred onto others.    We have a lot of power.  Our words are so powerful.

I'm sad tonight, as we as a human race, have lost a great addition to our family.   Tyler Clementi, you will be in my thoughts this week.    I hope your name will be a reminder, along with all the names of those who have died needless deaths because they were different, that we need to wake up, and start giving what it is we wanna get.   Rest in peace and pray for us. 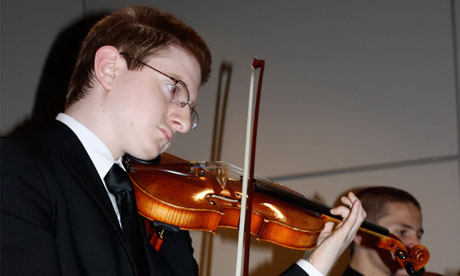